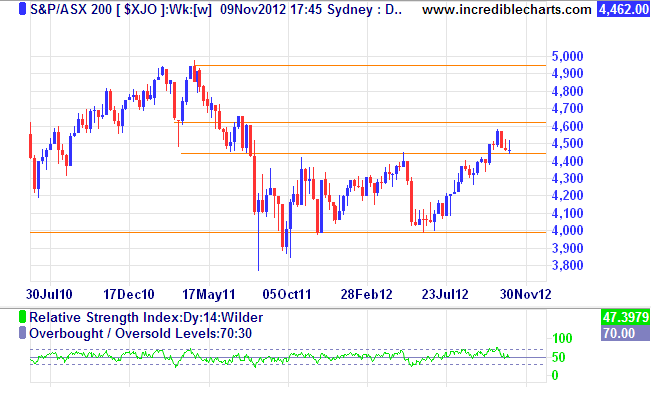 The re-election of Barrack Obama to a second four year term dominated the news headlines this past week. The first three trading days in Australia, before the result was evident, were up-days, whilst the two days which followed were down days, reversing the earlier gains.

It would seem that buyers remain unwilling to commit to higher prices before resolution in the New Year of the so-called “fiscal cliff, created by the horrendous  US  debt burden. At the same time medium  term holders of stock are unwilling to sell at these levels hoping for higher prices leading into 2013. There are still plenty of buyers looking to pick up stock on any market weakness.