Home › Business › Which Way for the CBA Now?

Which Way for the CBA Now? 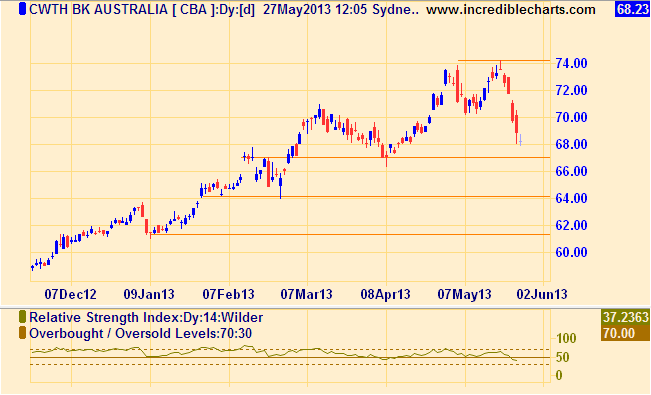 The banks have enjoyed a stellar increase in their share-prices over the last 12 months, leading the way for the rise in Australia’s market indices. This has been so meteoric that some analysts have referred to it as a bubble in financial stocks, and have suggested that current prices are unsustainable.

The Australian Banks still enjoy P:E ratios of the order of 14%-15%; to call this a bubble is an over-statement.

A pull-back is likely however from profit taking. The banks offer long-term investors a handsome fully franked dividend stream of at least 5-6% yield, in addition to steady capital gains. Hence one would expect a limited fall with the shares likely to trade within a range of about 10% for the next few months. 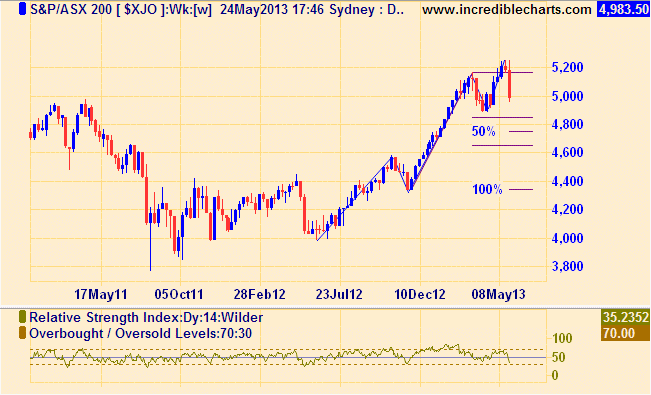 Where will CBA find support?

The possible near-term outlook for the CBA

The fall in CBA’s share-price this past week has been so precipitous, that one would expect further falls.

Should these not hold, the 38.2% Fibonacci retracement level is at $62.

I would be surprised if the retracement were to exceed this.

After finding support, one would expect the share price to rally again, perhaps trading in a range between $64 and $70 until later in the year.