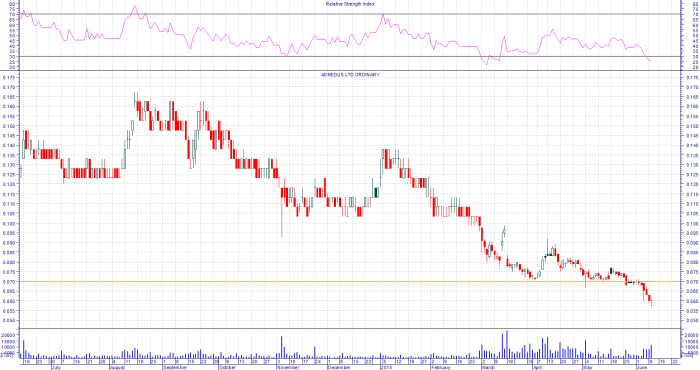 Admedus has been managed competently and is well advanced in the manufacture and distribution of its lead product CardioCel not only to repair congenital heart defects, but also for the repair of Dural defects in Neurosurgery, and for repairing vascular defects in strokes and vascular injuries. The intransigence of the share-price seems inexplicable. A likely explanation is institutional accumulation of stock using judicious short selling as a technique to increase liquidity. Retail investors are well advised to not buy stock in a falling market. However holders of stock should avoid desperation selling. Large shareholders will be only too happy to soak up their shares cheaply if they sell now.