Since the latter post, suggesting that the index was finding support at about 5860 after a 5.4% correction, a strong impulsive move higher has emerged which has carried the index to the previous high prior to the correction, where it is testing resistance at about 6250.

Whilst this move ends the down-turn which had initially looked more threatening, it is by no means certain that there will be further gains just yet. Trading today saw the index coming off its highs, and forming a bearish engulfing pattern at the same time as the RSI which had been in the over-bought zone, turned downwards too.

Interest now shifts from following a correction, to seeing how the market holds up in the lead-up to the end of the financial year selling spree. 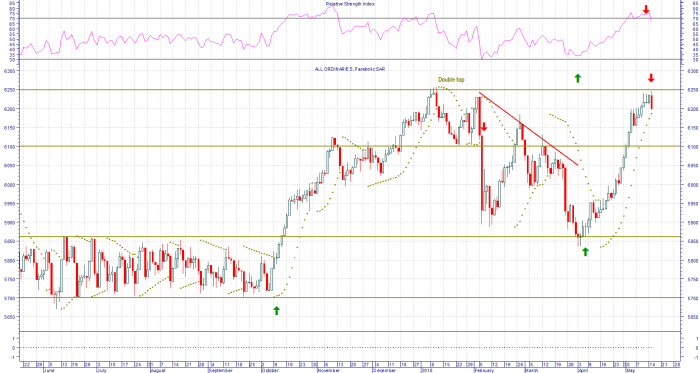 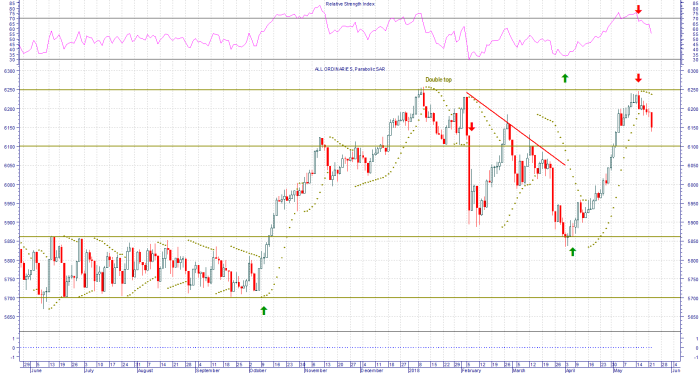 With a corrective thrust lower emerging the next support level of the XAO to monitor is at 6100.

Traders no doubt will be looking for end of the financial year bargains, one of which could prove to be Telstra.

Like Loading...
‹ Super taxation schedule summary.
Is Superannuation the tax-effective vehicle to save for our retirement we think it is? ›